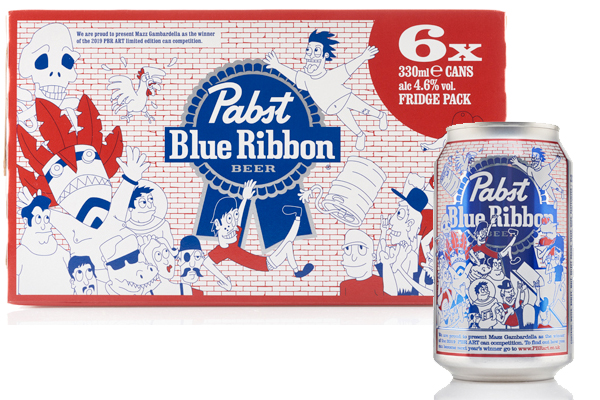 The winning design is inspired by American music festivals and will be represented on the new limited edition six-pack range in both the UK on- and off-trade.

Mazz, whose submission was picked from a number of applicants, describes his design as “Saturday morning cartoons at a music festival that’s gone off the wall.” This will be the first time the can design has been reimagined in the UK (the competition is now in its 6th year in the US), and will see the 330ml can six-packs roll out in a limited run later this month.

The design shows a series of unique characters and scenarios at a fictional music festival – with a hard core band performing to an crowd of people in space suits and crowd surfers, nodding to PBR’s historic music roots in the USA.

Designer, Mazz Gambaradella, said: “I was inspired by PBR’s association with the live music scene in the USA, the punk rock heritage where it’s so beloved, and the festivals I’ve attended from around the world. Some of the characters in my design are ripped straight from real life from the unique people I’ve met on my travels.

“As an illustrator and a lover of Pabst, I’m delighted to see my work featured on the iconic can. I hope other people will check out the design when enjoying a beer and be able to relate to the unique characters and scenarios represented in it.”

Angus Lawrie, PBR brand manager, said: “PBR is a brand that is all about supporting young talent and helping them get their foot up into the industry, whether that be in music or in art. What better way to make your mark as an artist than by having your designs on the legendary PBR can itself.

“PBR has enjoyed an impressive growth since being introduced to the UK market via C&C Group, and Mazz’s design is perfect for the can as it illustrates how our country is absolutely bursting with creative talent. It tells the story of the quirky characters behind the American music festivals where Pabst has been deeply routed.

We anticipate these new packs will help to maintain our growth momentum in the UK market, as well as encourage more creatives to showcase their talents.”

The packs will be available to buy from Tesco and Asda as well as across the on trade sector, and will feature details about how to enter this year’s PBR Art Can competition that is now open to artists. 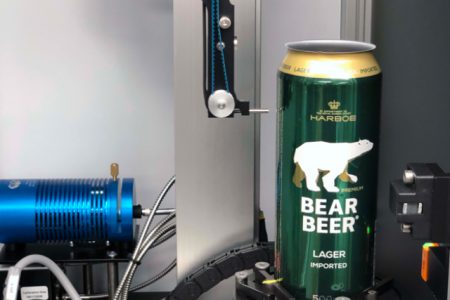 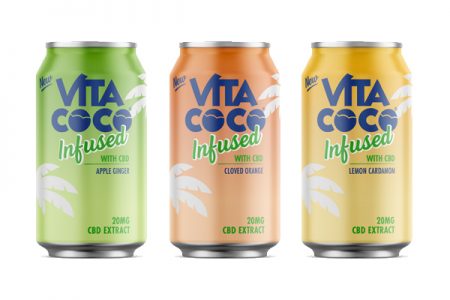 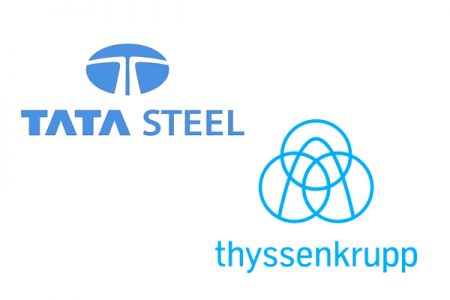