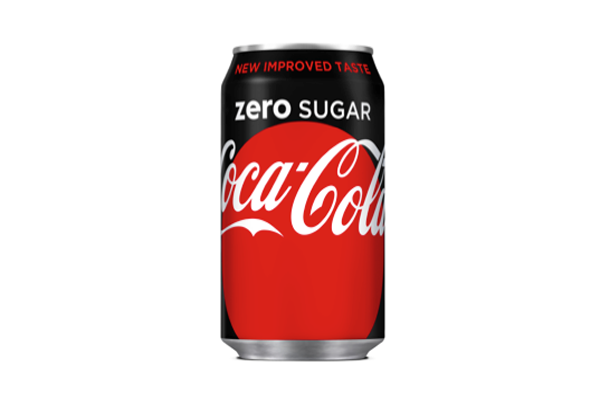 Coca-Cola Great Britain (CCGB) has unveiled a new and improved sugar-free drink, the next step in its strategy to help people reduce its sugar intake.

Coca-Cola Zero Sugar, which will replace Coke Zero, will taste even more like the original Coca-Cola, but without sugar, and will be supported by a £10 million marketing campaign designed to get more people to choose no sugar.

The new drink is backed by CCGB’s biggest marketing investment in a new product launch for a decade and will feature TV, out of home, digital advertising and experiential.  The multi-million pound marketing campaign will encourage consumers to try the new and improved Coca-Cola Zero Sugar by highlighting that it ‘tastes more like Coke and looks more like Coke’ than the original Coke Zero.  This move is a deliberate attempt to change the mix of the company’s portfolio between sugar and no sugar drinks and is the latest action to result from the company’s £30 million reformulation and new product development programme.

Leendert den Hollander, general manager at Coca-Cola Enterprises, commented: “For years we have offered people a choice, every brand we sell has a great tasting no sugar version.  Since 2012 our commercial strategy has focused on accelerating the growth of our no sugar options. We know that millions of people love the taste of Coca-Cola and have been working to refine the recipe of Coca-Cola Zero to match the taste of the original, but without sugar. It’s the biggest investment we’ve made in a new product launch for a decade and will give people the great taste of Coca-Cola Classic but without the sugar.”

Coca-Cola Zero Sugar will be available across Great Britain from the end of June.