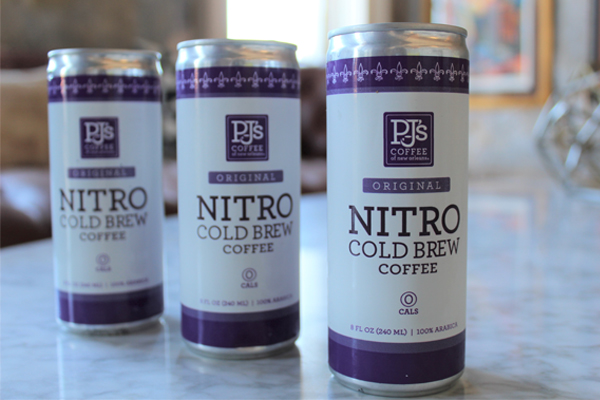 Advancing at a CAGR of more than 20%, the nitro-infused beverages market value will reach over $366 million by 2030 from around $69 million in 2021. North America is currently the largest consumer of such products, on account of the existence of a number of F&B companies investing in this new concept. For the same reason, and due to the fact that people in the US are not apprehensive about paying premium prices for such products, Europe is the second-largest market.

The biggest factor leading to an increasing demand for such products is people’s burgeoning interest in ready-to-eat food. The key trends with respect to RTE products are natural ingredients, low ABV and low calorie concentrations, and canned beverages.

Moreover, market players are creating brand images that can be easily promoted on social media, which is allowing them to market their products to an expanding number of customers.

The product packaging itself is characterised by vibrant graphics, bright and catchy colors, funky catchphrases, thin cans, and simple designs.

Such a packaging approach drives the nitro-infused beverages market by making the products seem more premium than regular coffee or tea and arousing the youth’s interest in them.

The coffee category dominates the market, and its growth will be rather swift during 2021–2030. Coffee is already among the most-drunk beverages in the world, and the infusion of nitrogen gives it a creamy, almost beer-like consistency. Moreover, nitrogen works to reduce the bitterness in the coffee, which can make it more appealing to a larger pool of consumers.

The highest CAGR in the product segment of the nitro-infused beverages market, of almost 21%, will be witnessed in the soft drinks category. This is attributed to the rising purchasing power of customers, the already long-standing popularity of fizzy non-alcoholic drinks, and the surging demand for cold brews.

With the increasing penetration of the internet and busy lifestyles, online channels are expected to witness the fastest rise in product sales. Moreover, many major players and hypermarket/supermarket chains now sell online as well.

The fastest growth in the sale of nitro-infused beverages is expected in APAC, where people are becoming increasingly influenced by the Western culture. Moreover, well-known fast-food chains, including Starbucks and McDonald’s, have started offering such beverages at their outlets in APAC. Additionally, the younger generation in China and India is easily drawn to newer food and beverage concepts, particularly those that have innovative names and are marketed via vibrant graphics.

An event for members of the British Aerosol Manufacturers Association.

PACK EXPO International showcases all of the latest packaging technology and processing solutions for every vertical industry.

Asia CanTech is the conference and exhibition bringing together global suppliers, can makers and fillers from across Asia.